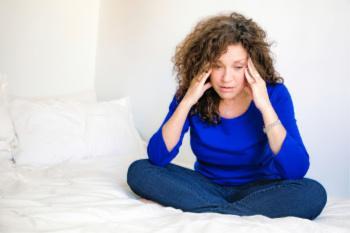 When a woman’s estrogen levels fall at menopause, her body goes through numerous changes. Her ovaries stop releasing eggs, she gradually stops menstruating, and she can no longer become pregnant. She also might have hot flashes, insomnia, and moodiness. And she might develop genitourinary syndrome of menopause (GSM).

GSM is a collection of symptoms involving the genitals and the urinary system. Women may experience vaginal dryness or genital irritation. Intercourse can become painful because of poor lubrication or narrowing in the vagina. Frequent urinary tract infections, pain during urination, and an urgent need to “go” are other symptoms.

Usually, treatment for GSM depends on the symptoms. First, doctors make sure the problems aren’t caused by another medical condition. Next, they might suggest vaginal lubricants, moisturizers, or low-dose vaginal estrogen therapy. Pelvic floor physical therapy may alleviate urinary problems.

Scientists have been investigating laser treatment, too. In September 2018, the journal Menopause published the results of a study on microablative fractional CO2 laser therapy.

CO2 lasers are often used by dermatologists for skin resurfacing or rejuvenation procedures. Their use for GSM is fairly new, and their effectiveness and safety have been a matter of debate.

Ninety-four women participated in the study. Before treatment began, the women completed questionnaires to assess their sexual and urinary symptoms. They were again evaluated at one-, three-, six- and twelve-month follow up points.

Overall, the women reported less pain during sex and less dryness. They also had sex more often than they did before treatment. These improvements generally appeared one month after therapy and were maintained throughout the 12-month follow-up period.

The researchers determined that four or five sessions of laser therapy were more effective than three sessions.

There is still more research to be done before this type of laser therapy is used routinely. Scientists need to learn more about the safety, benefits, and risks over longer periods.

“Until more data are available, all treatment options, including lubricants, vaginal moisturizers, and FDA-approved vaginal and systemic hormone therapies, should be discussed with women who suffer from GSM to determine the best treatment option for them,” said Dr. JoAnn Pinkerton, executive director of the North American Menopause Society (NAMS), in a press release. The NAMS is the publisher of Menopause.

“How is genitourinary syndrome of menopause (GSM) treated?”

“What is genitourinary syndrome of menopause (GSM)?”

“Microablative fractional CO2 laser for the genitourinary syndrome of menopause

“Getting Relief From Sexual Dysfunction and Incontinence Caused by Menopause”