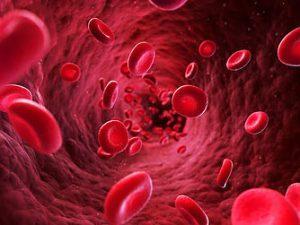 If you are among one of the millions of men suffering from erectile dysfunction, then you may be a candidate for a novel new minimally invasive therapy called Low-Intensity Extracorporeal Shock Wave Therapy (Li-ESWT).  Erectile dysfunction is not only a source of embarrassment for men, but it can lead to clinical depression, decrease in quality of life and or loss of meaningful significant relationships.  Many men initially turn to oral medications for erectile dysfunction such as Viagra, Levitra or Cialis.  While these medications may initially work for some patients, they can be incredibly expensive, they are sometimes not available on demand and most importantly, they do not address the actual cause of erectile dysfunction—an impairment in blood flow.

As men advance in age, the small blood vessels that fill the penis begin to contract and weaken.  They may fill with plaque in a comparable manner to vascular disease of the heart that causes heart attacks.  With less blood flow to the penis, it becomes more difficult to fill the penile corporal capsules during stimulation leading to erectile dysfunction.  Decreased blood flow may additionally result in decreased sensitivity, impaired orgasm and increased refractory periods.

Fortunately, contemporary research is increasingly demonstrating the efficacy of Low-Intensity Extracorporeal Shock Wave Therapy in the treatment of erectile dysfunction.  Unlikely oral medications or injection therapies, Low-Intensity Extracorporeal Shock Wave Therapy addresses the root cause of ED—blood flow.  Shock wave therapy targets erectile dysfunction at its source with the goal of improving blood flow to the penis so that men could regain their natural ability to achieve erections spontaneously or restore erectile rigidity for those with less severe erectile dysfunction.

WHAT IS LOW-INTENSITY EXTRACORPOREAL SHOCK WAVE THERAPY (LI-ESWT)?
Shock wave therapy was initially introduced to the field of medicine in the 1980s as a means for treating kidney stones and it is still used today.  Since that time, shock wave treatment has been used for its regenerative properties with success in the treatment of a multitude of medical conditions including tendonitis, plantar fasciitis, fat reduction, wrist pain, shoulder pain, epicondylitis, non-healing wounds and more.   The shock wave is an acoustic wave that carries energy through a medium in a noninvasive manner.  When Li-ESWT is used on an organ it delivers energy via its acoustic wave to that tissue resulting in a cascade of biological reactions including the release of growth factors resulting in neovascularization i.e. growth and improvement in blood supply.  Many contemporary prospective studies in reputable medical journals (see below) have shown improvement in International Index of Erectile Function (IIEF) and Erection Hardness Score (EHS) resulting from Li-ESWT.

DOES LOW-INTENSITY EXTRACORPOREAL SHOCK WAVE THERAPY (LI-ESWT) ALLOW ME TO STOP TAKING ORAL MEDICATIONS OR INJECTIONS?
Li-ESWT does not include the use of any oral medications or injections.  It is important to know that Li-ESWT induces a local reaction on the penile corporal tissue resulting in neovascularization and does not cause any systemic side effects such as headache, congestion, blurry vision and back pain that may be associated with oral medications.  Injection therapy can cause penile pain, increased heart rate, drop in blood pressure and can even cause priapism.  Priapism is a feared consequence of injection therapy for erectile dysfunction characterized by a prolonged and painful erection forcing patients to go the emergency room for a traumatic penile drainage procedure.   Li-ESWT is unique amongst other treatments in that it has the potential to restore natural erectile function and possibly deliver a cure.  Low-Intensity Extracorporeal Shock Wave Therapy is delivered directly in the urology office without the need for anesthesia or sedation.  It is pain free and noticeable results may be seen within 2 weeks of initiating therapy.

DESCRIBE THE PROCEDURE FOR LOW-INTENSITY EXTRACORPOREAL SHOCK WAVE THERAPY FOR ERECTILE DYSFUNCTION?
Patients are encouraged to arrive 20 minutes prior to their scheduled procedure.  They may choose to put a numbing cream on that can be prescribed in advance.  During the procedure, a small hand-held probe is used to deliver 300 to 500 low intensity (energy intensity of 0.09 mJ/mm2) shocks to several locations along the penile shaft and crura.  The protocol consists of 2 treatments per week for 3 weeks.   There is minimal to no discomfort following the procedure.  In one study up to 75% of patients noted functional improvement after 1 month of treatment (7).

IS LOW-INTENSITY EXTRACORPOREAL SHOCK WAVE THERAPY FDA APPROVED?
Although Low-Intensity Extracorporeal Shock Wave Therapy (Li-ESWT) is used commonly in other countries as a viable option for the restoration of erectile dysfunction, it is not yet FDA approved for this purpose in the United States of America.  Given the plethora of notable scientific studies demonstrating improvement in erectile function with Li-ESWT as well as the growing demand for this treatment option, there is mounting hope that FDA approval will come soon.