The O-shot: Behind the Injection Which Claims to Give Women Better Orgasms

Center for Female and Male Sexual Medicine Blog The O-shot: Behind the Injection Which Claims to Give Women Better Orgasms 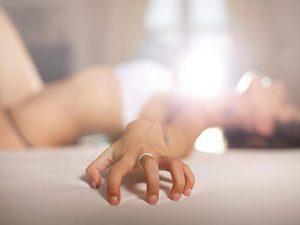 Doctor who administers the injection to women in the UK told The Independent patients who had never experienced a vaginal orgasm did after receiving the injection.

Can you really increase and rejuvenate your sex life through an injection?

Apparently so, if the miracle claims of the ‘O-Shot’ are anything to believed. The shot, an abbreviation of The Orgasm Shot, is a non-surgical treatment which pledges to increase sexual arousal and “rejuvenate the vagina” – costing a hefty £1,000.

Dr Sharif Wakil offers the procedure to his patients at the Dr SW clinic in Harley Street, he was trained in its usage by the inventor of the shot Dr Charles Runels. Dr Wakil claims his patients had reported stronger and more frequent orgasms, increased natural lubrication and greater arousal after having the procedure which takes around 40 minutes, administered.

The shot works by using platelets containing the patient’s own blood from their arm. This is then put in a special centrifuge which produces “high quality” Platelet Rich Plasma (PRP). It is injected into specific areas of the vagina, and patients can just have one shot or come back for more which will build on the existing PRP.

“The PRP generated in the centrifuge contains cell regenerating growth factors which, when injected into the vagina, trigger stem cells to increase blood flow and generate healthy tissue growth as well as helps improve the vascularization of the area,” Dr Wakil told The Independent.

The doctor, who is credited with having treated cricketer Sir Ian Botham’s openly-discussed impotence problem, says he has treated around 2,000 patients so far both in the UK and globally.

He has seen the request for the orgasm shot on the rise recently, which he attributes partly to positive patient testimonials.

“The rise of non-surgical genital rejuvenation, in general, has increased a lot due to the advanced technology that is now present and patients now started to be informed but we are still in a very early stage.

“The fact that women finally heard about a treatment that can at least help them regain some of their sensitivity as there was nothing at all in the market for that.

Dr Wakil says the main reasons women are requesting the shot are to increase sensitivity, because they used to have orgasms and now do not, they are experiencing urinal incontinence or lichen sclerosis – a condition which affects the skin of the genitals.

Some women who chose the procedure might suffer from female sexual arousal disorder which has shown to affect 1 in 20 women according to some studies, they might be unable to achieve an orgasm, potentially because they have an orgasm disorder. Other women who opt for the shot may do so because they are experiencing pain during sex which nearly one in 10 British women experience, a recent study suggested.

Dr Wakil says patients have reported a range of positive effects from the shots including increased sensation, greater arousal from clitoral stimulation, the ability to have an orgasm from penetrative sex when they were previously unable to, younger and smoother skin of the vulva, stronger and more frequent orgasms, improvement in urinary incontinence, decreased pain for those experiencing painful sex, increased natural lubrication and the increased ability to have a vaginal orgasm.

“The results in general of the o shot varies, I always explain to my patients, it depends on where we are at the starting point, for example, their age, if they have medical conditions or  whether they have hormonal problems.” He stresses the injection is “not a magic stick” and that 50 per cent of women might experience instantaneous “wow effects” while the other half may just notice a marked improvement, which they can build on by having more injections.

Are there any risks with injecting such a highly sensitive area? Dr Wakil says all injections carry certain risks such as bleeding, infection and damaging the nerve endings but claims he has never seen any side effects in the 2,000 cases he has personally administered.

He has treated a range of women from their mid-twenties to early sixties and warned that continuing stigmas around the female orgasm and female can deter women coming forward for help or treatment if they are experiencing gynaecological or sexual problems. He suggests this problem is a form of sexism.

“I always give the following example to my patients,” he explains. “As we grow older, our sights get impaired so we wear glasses, our hearing might get weaker so we wear hearing aids, this is no different. This is a part of the female body that sees a lot of changes through life: from delivery, menopause, hormonal changes, and aging. So we have to expect some reduction in sensation at least for some but we should not treat this is as an abnormality. The abnormality is not seeking help because of a stigma, in my opinion, ignoring female sexual dysfunction with the negative effects it could have on the female life, family, socially and work for example is one form of female abuse.